Over-the-counter supplements for the treatment of tinnitus? 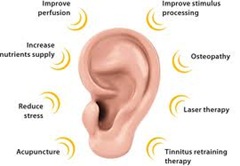 In recent years much discussion has surrounded micro-nutrients’ and the essential fatty acids’ role in reducing degenerative disease. Arguments can be made that foods with less processing and a more organic lifecycle may be richer in these. While the effect on chronic illness of the steroids, antibacterials and artificial feeds often found in factory farming is still unclear, choosing to avoid these can be a healthy precaution. Blood flow restriction and inflammation are common suspects in tinnitus and a number of vitamins and lifestyle recommendations address this. Avoiding vasoconstrictors (which make blood vessels contract) such as caffeine is common, as are supplements such as the bioflavinoids and ginko biloba which both have a vasodilating effect.

Free radicals (reactive oxygen species or ROS) have also been implicated in damage to the sound producing hair cells of the inner ear, and use of radical scavengers such as Pycnogenol and other antioxidants may be beneficial. N-acetylcysteine has received quite a bit of attention for its protective capacity from sound induced hearing loss which can lead to tinnitus. Other anti-inflammatory nutrients under investigation include turmeric, ginger, dandelion, oregano, garlic and green tea.

Are vitamins helpful for tinnitus? 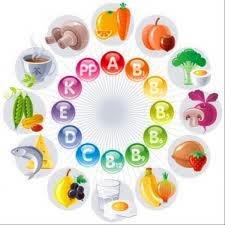 In addition to the herbal supplements, vitamin deficiency may also potentially lead to tinnitus – with reduced B-vitamins being particularly suspect. B12 is critical for maintaining the nerve’s protective myelin sheath as well as for the production of Epinephrine, Creatine, Methylated Nucleotides and Phosphatidylcholine for cell walls. B12 is also a cog in the creation of Melatonin, which may improve tinnitus symptoms and provide better sleep. B6 is well known for its role in energy production, while the other B-vitamins are needed to assemble proteins and nucleic acids.

While vitamin supplementation is likely only valuable in cases of medically identifiable deficiencies, there is no evidence that an excess of B-vitamins have harmful effects and some argue the recommended levels may be too low. There is a rising body of research into the efficacy, and potential hazards, of supplementation for tinnitus. It’s important when beginning any regime of holistic medicine to do your research and investigate both the good and the bad. With this said, many non-traditional treatments are showing solid potential for relief of your ringing ears.

Tinnitus is not something you have to endure alone. Contact us, the top tinnitus treatment center in the New York area, for answers and treatment options to quiet the ringing.