What is tinnitus and what are the best tinnitus therapies? People who suffer from tinnitus hear sounds for which there is no external source. If you hear those sounds, you would most likely describe them as buzzing, ringing, or hissing. The most common of all the different sounds is the ringing sound.

This is why most people refer to tinnitus experience as a ringing in the ear. The brain perceives these sounds inside the ear due to multiple reasons. It is not a condition within itself; instead, it is a symptom of another existing condition.

Many people who suffer from tinnitus feel as if they have a disease that is making them perceive sounds that have no source. However, keep in mind that this is not a disease, except it is a symptom of another disease that you may have.

Tinnitus affects about 10 to 20 percent of Americans in their daily lives as a secondary symptom of another condition. Moreover, this demographic largely consists of people that are above the age of fifty; however, people of all ages can suffer from tinnitus.

You can experience the sound in either one ear or both ears. Patients also describe the sound as “head noise,” meaning that they can hear it ringing in their mind.

Some of the impacts of tinnitus cause distress in the lives of people. Moreover, it can cause or amplify the already existing depression, anxiety, sleep disturbances, sleep disorder, poor concentration, frustration, and the avoidance of social settings.

The depression and anxiety are more likely a result of the confusion of the patients as to why they are experiencing tinnitus. A huge boulder comes in between routines and destroys the quality of life. Furthermore, it tends to give way to sleeplessness.

There are two types of tinnitus that you will normally hear about, the subjective and the objective tinnitus.

It is the most common form of tinnitus. This is when only the patient can hear the tinnitus and no one else. The frequency and loudness of this tinnitus also vary greatly from time to time.

This type of tinnitus is much less common. Unlike subjective tinnitus, the sounds that a person hears are not perceptions, and the doctor can detect them with the help of a stethoscope. It is most commonly a constant sound.

What can You Do?

Firstly, a patient who is suffering from tinnitus needs to have reliable information so that they can make a better judgment regarding their treatment. The problem with this is an overload of knowledge, which can be harmful to the patient in terms of decision-making.

Counseling and education are, however, emphatically important to mitigate the symptoms of tinnitus. This involves explaining to the patient about the symptom and what they have to do to counter it.

This is a very common therapy for tinnitus patients. It is a combination of counseling and sound therapy, which are both different types of cognitive-behavioral therapies. In this therapy, patients may have to interact with support groups and therapists.

It involves all the steps that reduce anxiety and teaches patients how to manage stress. Activities such as yoga, exercise, and other meditative movements are also big parts of it. TRT or Tinnitus Retraining Therapy was a program that started in 1990.

The basic framework of this therapy aims to break the natural cycle of tinnitus by habituating you to the sound. You cannot treat the perception of the tinnitus; however, you can change the negative reactions to those sounds and break the cycle. 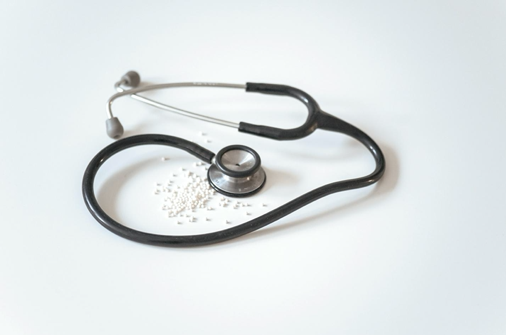 Cognitive Behavioral Therapy, like TRT, implies exempt the negative association that a patient has with the annoying tinnitus sounds. It tries to train the brain to have a different response to the irritable buzzing or ringing sound by controlling the limbic system of our brain to hijack our body.

By adding another sound to the room, the brain diversifies its focus and does not zero in on the ringing sound. As a result, the person experiencing the sound can soothe and reduce the impacts of the tinnitus by introducing a contrast of attention.

Tinnitus is more common than you think; for most people, it comes with the deteriorating symptoms of getting old. In others, it is a result of ear damage due to loud music. Regardless of what the reason is, there is no denying that it makes your life miserable. Fortunately, cognitive behavioral therapies help eradicate most of the problems that patients face.

Schedule a tele-appointment from anywhere in the wold with Dr. Stephen Katz at the Tinnitus Cognitive Center™ for expert treatment and consultancy services in New York. Call today at 646-213-2321.

← Tinnitus in Senior Citizens
Can You Cure Tinnitus? →