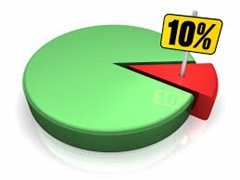 Tinnitus affects more than 10% of the American population. A constant ringing in the ears, it can vary from little more than an irritation to a debilitating condition. Tinnitus is caused from a variety of problems ranging from hearing loss to injury, and has been the subject of extensive research into both its causes and potential treatments.

Researchers at Berkeley recently published an article in the Proceedings of the National Academy of Sciences offering insight and new hope into the phenomena that is hearing loss induced tinnitus. In their paper they claim tinnitus is the result of acoustic cortex neurons attempting to “fill in the gap” of missing sound. It is this attempt that results in tinnitus.

Over-excited neurons may lead to tinnitus 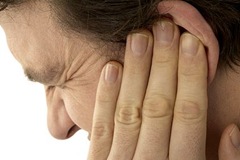 Co-author Shaowen Bao and his team support the idea that neural cells of the auditory cortex strive to maintain a constant rate of firing regardless of the level of sound. The balance between this constant rate and the actual input from the inner ear is part of hearing homeostasis. In hearing loss induced tinnitus, the sound transcribing hair cells of the ear are destroyed and stop sending their signal to the brain. In the brain’s attempt to reconcile this loss the cortex neurons become hyperactive – creating the sensation of constant sound (tinnitus). Bao describes this phenomenon as similar to “phantom limb syndrome” where amputees continue to feel sensation from the missing limb. It’s this last observation that leads to the first of two exciting new possibilities for treatment. 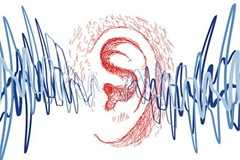 A new therapy for tinnitus?

Re-training the brain to ignore or otherwise minimize tinnitus is a long standing therapy. However, this new information has created a paradigm shift in the way hearing specialists view the process.

“We changed our [brain retraining] strategy from one where we completely avoided the tinnitus domain [of the cortex] to one where we directly engage it and try to re-differentiate or reactivate it; and we seem to be seeing improvement…” said Dr. Michael Merzenich, professor emeritus of otolaryngology at UCSF and chief scientific officer at Posit Science.

The idea is that the overactive neurons can be convinced to “calm down” by offering them input from alternative sources. This is similar to treatments for phantom limb syndrome where the brain is convinced to substitute different input (such as from a finger next to the missing finger) to correct its sensory gap. 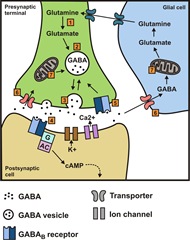 This new research has also opened the way for a second, pharmacological solution. Neurotransmitters are chemicals in the brain which both excite and dampen neuron signaling. Serotonin and glutamate are well known excitatory neurotransmitters, with GABA (gamma-aminobutyric acid) being one of the common inhibitory neurotransmitters. In the brain, these inhibitory and excitatory actions are in constant debate. Signals from one source attempt to excite a neuron while contradictory signals dampen it. The analogy here is a balance scale, where sand is constantly being added and subtracted from both sides and the overall activity of the neuron being the weight at any given moment.

Bao’s experiments have shown that tinnitus is out of balance with GABA. “There are a lot of things we can do to change GABA functions, some of which could potentially alleviate tinnitus with fewer side effects.” He and his team have begun applying for research grants into way to modify GABA levels in the auditory cortex. Some of these include enhancing GABA receptor function in the auditory cortex, increasing GABA synthesis, and slowing re-uptake or enzymatic degradation of the neurotransmitter.

Stop letting the ringing of your ears distract you from life. Contact our New York specialists for help and answers.

← Tinnitus, A Holistic Approach. Cognitive Retraining (Part II)
Are there foods that can relieve tinnitus? →