What are some traumatic causes of tinnitus? If you have ever experienced a concussion or a traumatic brain injury, you may have noticed your ears ringing for a few minutes or possibly even longer. For instance, blasts or airbag injuries can cause your ears to ring, make you feel dizzy and even result in hearing loss. Almost anyone can suffer a traumatic brain injury, but older people are more likely to suffer from such events.

In the U.S alone, people aged seventy five and older tend to have the highest number of hospitalizations related to brain injuries. The first thing doctors do after such a situation is stabilize their patients. In most cases, it takes time for patients to notice symptoms and signs of Tinnitus or any other audiological disorder. Sometimes, it even takes days or weeks to notice any tinnitus related symptoms.

Patients often don’t pay attention to the hissing sound or think it is normal, only to realize later that they have Tinnitus. If you have had an accident recently that resulted in brain injuries, you should visit a doctor and get a checkup as soon as possible.

Traumatic Injuries and the Link with Tinnitus

TBI is a head trauma that prevents the brain from functioning normally. Most traumatic brain injuries happen because of falls, followed by assaults and car crashes. Any blow, jolt, or bump that causes the brain and head to move back and forth rapidly can cause the brain to twist or bounce inside the skull, resulting in chemical changes.

It can also cause irreversible damage to the cells and result in Tinnitus. It is worth keeping in mind that you don’t necessarily have to get hit directly in the head to get a TBI. Lurching forward at a high pace during a car accident or hitting the brakes too hard can cause brain injuries. Also, you can get a brain injury without losing consciousness, which is quite dangerous as issues like these often go undiagnosed until they get worse.

Doctors often use the term “concussion” to describe a brain injury to parents, as it doesn’t sound too alarming. Still, a concussion is a traumatic brain injury. According to a study, patients aged fourteen or older who went to urban hospitals after suffering from a mild traumatic brain injury were sent home. What makes matters even worse is that these children were not called for a follow up.

Because of this, more than twenty seven percent of the children sent home developed Tinnitus and various cognitive issues that required therapy. If you or someone you know has had an injury like this, ensure a proper checkup.

Auditory Issues Triggered by a Traumatic Injury to the Brain

Here is a list of auditory problems caused by a traumatic brain injury:

Traumatic injuries can also result in balance problems, which include: 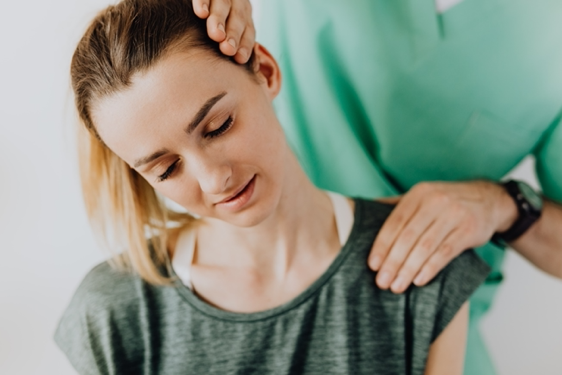 Unfortunately, more than fifty percent of people who suffer from traumatic brain injuries develop auditory problems like Tinnitus at some point in their lives. These people often notice phantom sounds like buzzing, ringing, or hissing. If you or someone you know has Tinnitus, make sure to get professional treatment right away.

Stephen Katz Tinnitus Cognitive Center ™ can evaluate tinnitus patients and determine the best treatment. Get in touch with us to book an appointment, and one of our experts will diagnose the root of your condition to formulate a well thought out treatment plan.