Is there a tinnitus cure in 2022? More than 50 million Americans suffer from tinnitus, making it one of the most common health conditions, according to the American Tinnitus Association. More commonly referred to as ‘ringing in the ears, tinnitus is a common hearing condition that is most often a symptom of another underlying health condition. 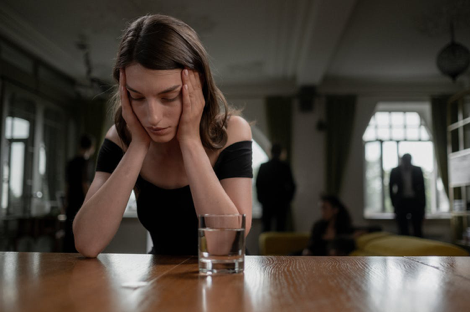 However, tinnitus on its own can be an extremely troubling and debilitating burden. People suffering from chronic tinnitus are often unable to enjoy life, concentrate, hold conversations, and socialize. Chronic tinnitus can also trigger mental health issues such as stress, anxiety, and sleep disorders.

This makes it important to find a cure for the condition.

Simply put, tinnitus is an ear-related condition that makes a person hear internal sounds. This means that the affected person perceives sounds that do not actually exist in the external world. If you think you’re hearing noises that you’re sure don’t come from an external source, you might be suffering from tinnitus. Don’t worry, you’re not going crazy, and seeking a professional will definitely help.

While most people report a sensation of ringing in the ears, others also hear buzzing, whistling, chirping, humming sounds, etc. The sounds vary from person to person in terms of loudness, frequency, type, and where the affected person feels it the most. For example, one tinnitus sufferer may experience a distant ringing sound while another hears it inside their head.

On the other hand, not everyone experiences tinnitus at all times. In fact, tinnitus can be both constant and intermittent. Most people experience the sounds at night when the background noise is relatively low. Not to mention, the sounds can also either be steady or pulsating.

Is There a Cure for Tinnitus?

Tinnitus is associated with numerous medical conditions as well as certain medications. In fact, experts like to define tinnitus as a symptom rather than a disease in itself. Regardless, treating tinnitus is necessary to avoid its adverse effects. But is there even a cure for tinnitus?

Frankly, tinnitus does not have any cure yet. In other words, there are numerous treatment modalities, but no approach can completely eliminate the condition. However, you can still use these treatment plans to minimize the intensity of sound and severity of your symptoms.

There are many treatment options that, if sensibly selected, can help improve tinnitus and help you cope.

Sound therapy relies on four mechanisms that are:

Tinnitus retraining therapy or TRT is a proven, effective treatment method that eases the lives of tinnitus sufferers. It is basically a form of behavioral counseling that seeks to ‘retrain’ your brain at both conscious and subconscious levels.

TRT focuses on changing the way your auditory system, brain, and central nervous system perceive, process, and interpret tinnitus sounds. First, it addresses the cause behind your tinnitus and then moves on to recalibrate your internal system to prevent the future formation of these sounds.

TRT makes use of both sound therapy and counseling to effectively tackle your issue.

If you think you might be suffering from tinnitus, tinnitus retraining therapy can potentially cure your condition. At the Tinnitus Cognitive Center™, sound disorder specialist Stephen Geller Katz, LCSW-R will work with you to identify the source of your tinnitus and help you find the best ways to manage or even eliminate the symptoms.

← Tinnitus in One Ear Only?
Types of Tinnitus Sound Therapy →