What are some natural ways to relieve tinnitus? The most common definition of tinnitus is the ringing in your ears. Well, a patient suffering from tinnitus can hear multiple different sounds apart from just ringing. The sounds that a tinnitus patient hears have no external source or existence producing them. This can be quite disrupting for an individual, as there is no possible way to remove yourself from the annoying sound.

A patient can suffer from either short-term tinnitus or long-term. The causes for this condition are not certain but may vary from several factors such as earwax, loud sound exposure, stress, or even anxiety. Although genetics may also be one factor to blame for the occurrence of tinnitus, it is difficult to pinpoint one particular cause of tinnitus.

This is because tinnitus is not a disease itself, but it is a symptom of another underlying illness or condition. Conditions either may directly or indirectly result in tinnitus without any relation to the ear.

Most people describe tinnitus as a ringing sound in their ear; however, the wide range of sounds that people can experience includes whistling, hissing, grinding, buzzing, and more. Moreover, the frequency of occurrence may also vary in each individual.

For example, some people might experience the sounds constantly, while others can experience the sounds occasionally. Similarly, the loudness also alternates between very loud and very quiet. If you can hear some of these common sounds without any external presence of the sound, that is a good indication of tinnitus.

Tinnitus is a common disorder and affects people of all age groups, including children. It is more commonly a symptom of old age. For most people, tinnitus is a temporary disruption; however, to others, it destroys their quality of life.

If you want to treat your tinnitus, you have to figure out the root cause of the disorder. If the tinnitus you experience is an underlying symptom of another condition, you have to treat that cause to get rid of the problem.

For example, if you have an earwax buildup that is resulting in tinnitus, then you must treat the earwax to get rid of the tinnitus to some extent or even alleviate the tinnitus symptoms.

On the other hand, if your tinnitus does not come from any underlying condition but only the abnormal perception of your brain, then you have to seek other solutions. Cognitive Behavior Therapy stands as, by far, the most widely accepted treatment that helps with chronic tinnitus.

Tinnitus may be resulting from the drastic conditions of stress, anxiety, depression, or insomnia. These underlying mental conditions are common with people who suffer from tinnitus. CBT is a therapy that treats mental disorders such as these. Many people have reported their tinnitus to disappear, along with their anxiety. Some even claim their tinnitus triggers as soon as they come across a stressful situation.

Cognitive Behavioral Therapy aims to make people familiar with an uncomfortable situation so that they do not have an anxiety-fueled response to adverse situations. As a result, it makes you confident, calm, and free of tinnitus.

In other words, treating a person’s anxiety and depression will ultimately make their tinnitus better because they will no longer fall victim to stressful situations. CBT not only makes your tinnitus better but also improves your life’s quality. 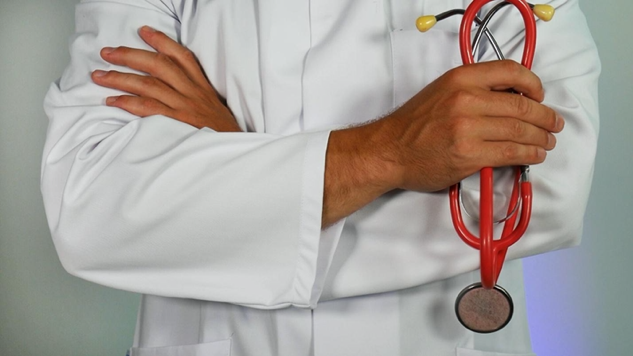 How Does it Work?

CBT, with a combination of medication, proves to be one of the best treatments for tinnitus. However, it is a natural solution that can also work without medication. It involves the key role of a therapist or consultant who helps you determine the inner workings of your thought process.

It helps you relinquish some of the feelings and thoughts that you have been holding on to. By doing so, it gives you another perspective on your anxiety and depression. In other words, it is the rewiring of the brain, which helps you act differently to a triggering situation.

To people that experience tinnitus at an instance of a stressful situation, CBT can be immensely effective.

Other natural solutions to tinnitus revolve around lifestyle changes such as frequent exercise and nutrition. Activities such as these help with inflammation, better sleep, and reduced stress. Thus, they can be critical in controlling the intensity of your tinnitus.

Some people like to resort to meditation to alleviate stress and anxiety, which is another method of treating tinnitus. Along with the common herbal remedies and supplementation, basic mindfulness is amazing alternatives to treat tinnitus.

Tinnitus can be frustrating and, in some cases, severe. The worst thing about this condition is that there is no particular cure or treatment for it. The only promise relies on Cognitive Behavioral Therapy and other methods. We provide the best CBT services for Tinnitus patients. Visit Tinnitus Cognitive Center and call us at 646-213-2321.

← Hyperacusis & Tinnitus Are they Related?
Are Sound Disorders Hereditary? →