Tinnitus, it sounds horrible but it is a simple and common disorder that involves a persistent ringing or buzzing noise in one or both ears. The problem can cause a great deal of issues for people who suffer from it; especially severe cases. The noise can be irritating, annoying, distracting; it can have a serious effect on your life. It is important to receive treatment.

It is a known and sad fact, that many people do not even receive treatment. In part, it is because, while Tinnitus is a common condition, the amount that is known about it and its causes, as well as Tinnitus treatment options, are limited. One of the treatments that is considered as part of a regime is Cognitive Behavioral Therapy (CBT).

This type of therapy deals with handling the stress that is caused by this condition. Another therapy that has been gaining in popularity is Cognitive Retraining Therapy. 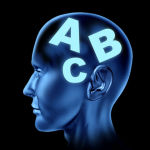 While this is not a new therapy, it has only recently been accepted as a viable ringing ears treatment option. Although it has been around for a while, it has become part of the accepted options for treatment for example, worker’s compensation only recently. It works based on a neurophysiological model of the disorder. It is believed that treatment should focus on the limbic system and the automatic nervous system.

What is Cognitive Retraining Therapy?

Cognitive Retraining Therapy works on retraining the brain’s auditory responses, so that it views sounds differently. Tinnitus causes a ringing in the ear that the brain thinks is more important than other sounds or cannot recognize as a background sound. The result is that it appears louder or more prominent than other sounds.

This type of training causes your brain to view the sounds that come from the Tinnitus to be unimportant, thereby reducing the severity of the sound. 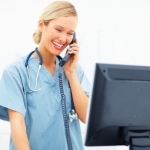 This has numerous benefits including reducing the irritation, annoyance, distraction, loss of concentration, and sleep deprivation that can result from this disorder.

To schedule your appointment with one of NYC’s finest specialists in Cognitive Retraining Therapy contact us today!