The history of identifying and treating tinnitus goes as far back as ancient Rome and Greece. While some methods of the ancients were effective, more modern science led to treatments such as Tinnitus Cognitive Retraining Therapy developed at the Tinnitus Cognitive Center by Stephen Geller Katz, LCSW-R.

Did the Romans and Greeks know about Tinnitus?

Knowledge of Tinnitus treatments reaches as far as the Roman Empire and Greece. Ancient philosopher Celsus analyzed the condition and developed a practical solution revolving around lifestyle, diet, and pharmacology.

The treatments recommended by classical societies were not far from currently available therapies. In fact, the most effective therapies today revolve around behavior and are magnified by leading a healthy life.

When was the Tinnitus Handicap Index Created?

In 1996, researchers developed the Tinnitus Handicap Index based on a multitude of behavioral factors analyzing the quality of a patient’s life. This benchmark became a standard in diagnosing and understanding how people are afflicted by the associated phantom noises, pain, and frustration.

Before this, therapists utilized custom or relatively unstudied criteria. The index became the standard diagnostic test.

Have any breakthroughs been made in Tinnitus Research? 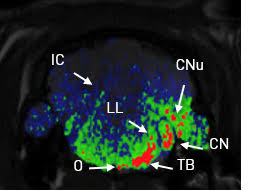 The 2000s saw a significant period of growth in the treatment of tinnitus. With the problem reasonably understood, therapists began formulating ways to help others cope with their condition.

Research led to the development of cognitive retraining therapies. This form of psychotherapy treats negative thoughts and reactions as stemming from a set of core beliefs. By targeting these beliefs and their resulting intermediate thoughts, therapists found they could help others control the pain, frustration, and anxiety related to tinnitus.

Journals and studies back up cognitive retraining therapy. The Korean Journal of Audiology and Brain and Behavior in both peer review and experimentation found significant improvement in symptoms.

Katz and his peers view the issues related to negative thoughts. His approach utilizes exercises and treatments to help patients deal with their tinnitus symptoms. Clients continue to report favorable results.

Has a cure ever been found for Tinnitus?

Tinnitus is incurable. Damage to the audial nerve and cilia are irreversible. 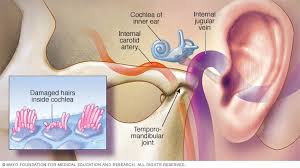 Instead of focusing on a cure, researchers focus on mitigation. These efforts have varying degrees of success. Medicines such as Alprazolam, hearing aids, a variety of cognitive therapies, and even some alternative medicines claim to cure or alleviate symptoms of the condition.

Medicines, hearing aids, and cognitive treatments are the most helpful forms of treatment. Drugs prove effective but have side effects such as nausea, dizziness, and even addiction. Hearing aids work on the frequencies related to tinnitus and can strengthen the audial nerve to better handle symptoms, but most are effective only when worn.

No alternative medicine has proven to work. Studies have not found the use of dietary supplements, chiropractic, acupuncture, or any other form of holistic treatment effective.

Cognitive retraining remains the most promising form of mitigation. Still, researchers continue to work on the problem and are making headway towards understanding the mysteries of the inner ear.

By following the history of identifying and treating tinnitus we can find effective solutions that can help you control your tinnitus. Contact us today if you would like to find out how mitigation efforts can help you deal with side-affects ranging from sleeplessness to depression.

Maltby, Maryanne. Ancient voices on tinnitus: the pathology and treatment of tinnitus in Celsus and the Hippocratic Corpus compared and contrasted. (2012). Retrieved from http://www.tinnitusjournal.com/articles/ancient-voices-on-tinnitus-the-pathology-and-treatment-of-tinnitus-in-celsus-and-the-hippocratic-corpus-compared-and-contrasted.pd.pdf.

Riedle, David et al. The influence of tinnitus acceptance on the quality of life and psychological distress in patients with chronic tinnitus. (2015, 17 October). Retrieved from https://www.ncbi.nlm.nih.gov/pmc/articles/PMC4900501/

← What is Cognitive Retraining Therapy
Ringing in the Ears? →