With growing awareness, tinnitus is in the news. Be a part of the revolution at the Tinnitus Cognitive Center.

Can you capture the sounds of tinnitus?

You are not alone if you suffer from tinnitus. Lipo-Flavanoid highlighted these by interviewing a small fraction of the 50 million affected Americans. Their research is presented in a video highlighting how the condition impacts their daily lives.

The company partnered with Emmy Award-winning Marko Costanzo to shed light on how people are afflicted. The project presents their struggles and the wide set of sounds experienced by people:

How is the VA helping veterans treat tinnitus?

The Veterans Association now endorses a sleep therapy system for veterans suffering from tinnitus. Otoharmonics Corporation won a Federal Supply Schedule and Medical Equipment Supply contract to help soldiers sleep better. Their Levo System is peer-reviewed and is now gaining acceptance in the community. The system is capable of being used at home. It can reduce the intensity and impact of the condition.

How can defective earplugs cause tinnitus?

As a warning to improper use of headgear, two Texas law firms launched a lawsuit in 2019 against a defective ear plug manufacturer 3M.
Veterans who wore the defective earplugs experience debilitating tinnitus. The devices did not maintain a tight seal, allowing dangerously loud noise to damage the wearer’s ear canal.

3M previously agreed to pay nearly $10 million in acknowledging that it sold the defective earplugs to the Defense Logistics Agency. The current allegations fall under the False Claims Act.

What innovations are likely by 2025?

In the civilian market, dozens of promising innovations aim to help the increasing number of people suffering from tinnitus. With over 200 disorders related to the condition, companies are likely to release many different products in the coming years.

At the Annual International Conference on Management of the Tinnitus and Hyperacusis Patient, the Aurex International Corp unveiled Aurex-3 system. This system, marketed to professionals working in noisy occupations, aims to provide a shield against tinnitus.

The company also released information on a therapeutic medical technology capable of being controlled over a smartphone.

Over the next few years, companies such as Auris Medical and Merz Pharmaceuticals GmbH plan to release drugs with limited side effects. These drugs will beneficially supplement therapy. Knowledge of the causes tinnitus are becoming more evident and offering new avenues for products to enter the market. 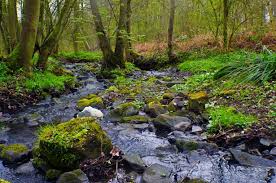 Researchers and therapists continue to make headway in the realm of cognitive retraining. Mindfulness gained ground over the past few years. This concept helps people mitigate chronic pain in much the same way as our Tinnitus Cognitive Retraining Therapy does.

Other researchers are finding a significant benefit on having patients turn their focus away from their symptoms and replace negative thoughts with a positive response. Jennifer Gans is now pushing a course aimed at bringing concepts such as ours to the forefront of therapy. Similarly, UC Irvine developed an eight-week course to teach cognitive behavioral therapy to therapists.

This mindfulness concept combined with traditional cognitive therapy can reduce the negative impact of the condition. These approaches continue to gain acceptance in the community.

These advancements, coupled with therapy, are likely to impact the lives of people suffering from tinnitus significantly.

To schedule an appointment and figure out how you can control your symptoms, contact the Stephen Geller Katz, LCSW at the Tinnitus Cognitive Center.

Lipo-Flavonoid Launches “The Sounds of Tinnitus”: A Powerful New Storytelling Campaign that Spotlights the Real Life sounds and Experience of Tinnitus Sufferers. (2019, March 4). Retrieved from https://www.prnewswire.com/news-releases/lipo-flavonoid-launches-the-sounds-of-tinnitus-a-powerful-new-storytelling-campaign-that-spotlights-the-real-life-sounds-and-experiences-of-tinnitus-sufferers-300805288.html

Rempfer, Kyle. Hundreds of vest are suing over these defective combat earplugs. (2019, February 14). Retrieved from https://www.militarytimes.com/news/your-military/2019/02/14/hundreds-of-vets-are-suing-over-these-defective-combat-earplugs/

← Breakthroughs in Tinnitus Treatment
Ringing in the Ears – Do I have Tinnitus? →