Welcome to my blog!

My name is Stephen Geller Katz and I have and over the last 10 years I have developed a highly successful therapy for tinnitus which I have named Tinnitus Cognitive Retraining Therapy or TCRT. 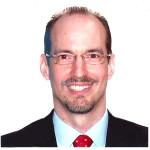 This blog’s mission is to provide you with hope.  Maybe you have been told there is nothing you can do or that you just have to get used to it.

I am telling you right now that there is plenty you can do and you don’t have to just get used to it.

If you have found my site it was probably no accident.  You are definitely desperate to get some help for  this disturbing condition.  The good news is that there is hope.  My therapy has been successful in helping countless sufferers of tinnitus to lower the volume and intensity and as well as decrease the depression and anxiety that accompany and team up to actually feed the tinnitus.

Many people who come to me are desperate for hope and are even more stressed by the “doom and gloom” they encounter on the internet and from many of their doctors.  It’s this type of negative information that makes people feel helpless and even increases the tinnitus symptoms.

Peter N. reported that he had low level tinnitus for several years which did not seem to bother him.  When he mentioned that he had ringing in the ear to a friend the response was:  “You must have tinnitus.”  “What’s that?” Peter inquired.  “Look it up on the internet,” his well-intentioned friend advised.  You can probably see where this is going.  Our friend Peter went home that very night and spent several hours on the internet and after one sleepless night, he became so worked up and anxious that the tinnitus level hit the roof and his real problems with tinnitus began.  After working with me a short time Peter began to make steady progress.  Early on in treatment he made important connections between his emotions and the tinnitus level.   He then concluded:  “It was my mind that got me here and it is my mind that is getting me out.”

We can help improve your tinnitus symptoms.