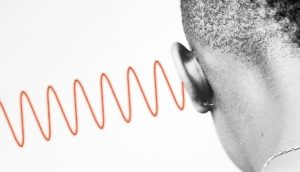 What exactly is tinnitus? If you have ever suffered from ringing or other noises in your ears which do not come from the external environment, then you’ve already got an idea of the problem. Although there is no known cause of, or cure for, tinnitus, it can be brought on by a number of factors, including prolonged exposure to loud noises, hearing loss, underlying health conditions, or even for seemingly no reason whatsoever. Here’s what we know about tinnitus so far:

Tinnitus can be caused by a number of different factors. In general, it is brought on by age-related hearing loss, however, it can also be caused by an infection in the ear or a build-up of too much earwax, two conditions that can be treated quickly and effectively by your doctor to improve the symptoms and provide relief. In some cases, tinnitus can also be a main symptom of Meniere’s Disease, which tends to show symptoms such as hearing loss and dizzy, spinning sensations that come with a loss of balance.

Some research has shown that tinnitus can be caused or worsened by certain lifestyle habits and choices. For example, smoking or drinking too much alcohol can cause infections in the ear, which can then lead to tinnitus. Dietary habits can also have an effect; eating foods that have a high salt or sugar content can heighten blood pressure, which has been shown to have a direct link with tinnitus. In addition, certain prescription drugs can also directly affect tinnitus. If you are suffering from ringing in your ears and are currently on prescription drugs, speak to your doctor about it as soon as possible.

Unless the tinnitus is caused by an underlying condition such as earwax build-up, hearing loss, a middle ear infection or a perforated eardrum, then it can be very difficult to treat since there is not yet any known cure. However, medical professionals will focus on helping those suffering with tinnitus to better manage their condition. A number of holistic treatments, including acupuncture, have also been shown as effective when it comes to reducing the symptoms. Counseling or therapy may also be sought to help patients discover better coping methods and better manage the side effects of this condition such as insomnia or depression.

Do you need help managing your tinnitus? Contact our NYC tinnitus clinic today to schedule an appointment.

← The Link Between Tinnitus and Meniere’s Disease
Can Acupuncture Aid with Tinnitus? →