Tinnitus affects an estimated 50,000 Americans and can be a very real source of frustration and stress in their lives. When a medical treatment cannot be found, many turn to holistic and other lifestyle changes to help control the ringing. Recent research has identified some of the potential relationships between tinnitus and diet. 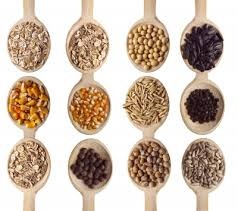 You hear what you eat – tinnitus and diet

Many people have had the experience of ringing ears and dizziness when fasting for long periods of time. Because the inner ear (especially the stria vascularis) is so heavily energy dependent, the assumption is that any reductions in blood flow, oxygen or glucose can result in disturbances to homeostasis resulting in tinnitus. Research has been progressing on this subject and has been coming to some surprising and some not-so-surprising conclusions.

Hyperinsulinemia and the inner ear 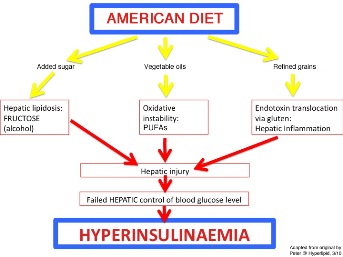 One of the most common findings was a correlation between hyperinsulinemia (chronically high blood insulin) and inner ear disorders. Metabolic disorders have long been suspect in diseases of the inner ear, and some recent studies indicate that high levels of insulin may have a strong correlating factor. Of course, this must be taken with a grain of salt.

First, causation has not yet been identified. There is speculation amongst investigators as to whether high insulin is a direct cause of disease processes or just an indicator. But none have come to a consensus yet. Some believe the real culprit is chronic high or low glucose levels with insulinemia either leading to the fluctuations or resulting from it. Others think insulin may be the cause and better blood insulin control will be an effective treatment. Research continues to determine exactly how insulin, glucose and inner ear function are related.

Second, the correlation between insulinemia and inner ear problems is most strongly indicated in metabolic disorders that affect both hearing (auditory) and balance (vestibular). In one study, up to 25% of participants with insulinemia were also diagnosed with Meniere’s disease. It’s difficult to say if insulinemia is related in the same way to hearing loss and tinnitus alone. 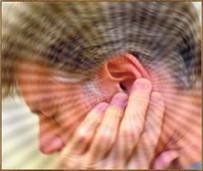 Pró-Fono Revista de Atualização Científica did a direct study on the relationship of diet to tinnitus symptoms. Their suspicion was that triglycerides and cholesterol, as well as glucose and insulin, may have an impact on tinnitus and hearing. Data was collected from self-reporting patients with tinnitus. Volunteers were placed on a diet plan tailored for them individually which was intended to reduce serum cholesterol, triglycerides and maintain more consistent glucose levels. The control group (also with tinnitus) maintained their normal diet while self-reporting. The study was not blind.

In the experimental group, 71.5% of subjects reported an improvement in symptoms. The study also reported a statistically significant number of patients taking the cholesterol drug Atorvastatin showed improvements in tinnitus, although not an improvement in overall hearing levels.

Will changing my diet help tinnitus?

What effect blood levels of glucose, insulin, triglycerides and cholesterol will have on tinnitus is still unknown, however there’s a rising body of evidence that they may have an effect on hearing and balance. The initial research indicates that having healthier serum levels may improve symptoms of tinnitus. Improving one’s diet will certainly have a positive effect on blood flow and energy which is always a positive in any chronic health condition.

If you suffer from tinnitus, call our office today to schedule a consultation with the best tinnitus treatment center in NYC.