If you are suffering from tinnitus, then you might have noticed that some days, it simply gets worse for no apparent reason. If this happens, do you ever stop to think about what you have eaten? Managing your tinnitus can often all come down to eating better and understanding if there are any particular foods which are more likely to trigger it than others. Many foods can have an effect on the symptoms of tinnitus, both positively and negatively. Here’s what not to eat if you suffer from tinnitus.

Fast food can be a convenient treat, however, for those with tinnitus it can simply make the symptoms a lot worse. Along with pre-packaged and processed foods, fast food contains a large amount of salt, flavor enhancers, preservatives and saturated fats which are designed to prolong shelf life or enhance the appearance and taste of the products. However, the chemicals used are not food, and can have many undesirable side effects. In general, they tend to negatively affect tinnitus and make the ringing or humming sounds louder. 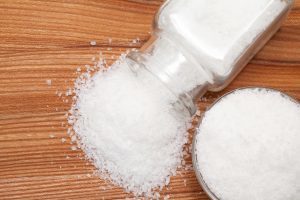 Salt tends to have an immediate effect on tinnitus, which always makes it worse. Consuming too much salt will restrict the blood vessels, increase your blood pressure and reduce the flow of blood to your ears, eyes and brain. As a result, an increase in blood pressure is directly linked to the symptoms of tinnitus being increased. Bear in mind that there are high levels of salt in pre-packaged and processed foods; the best way to avoid this ingredient from worsening your tinnitus is to cook as many meals as you can from scratch so that you can control the salt level.

Everybody knows that eating sugary foods can be bad for your teeth, weight, and overall health. But, did you know that consuming too much sugar can also be one of the main reasons that your tinnitus is getting worse instead of going away? Studies have shown that around 85-90% of people with tinnitus also suffer from a sugar metabolism disorder which is characterized by increased levels of insulin in the bloodstream, causing the body to become less sensitive to insulin and increasing the risk of developing Type 2 diabetes. Too much sugar can cause an imbalance of chemicals in the brain, which in turn can worsen the symptoms of tinnitus. 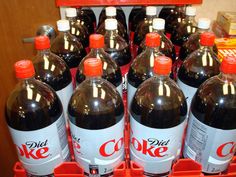 Are you struggling to manage your tinnitus? Get in touch with out NYC tinnitus clinic today for helpful advice!