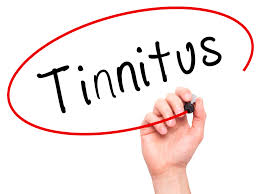 Tinnitus is the term used to describe hearing sounds from inside your body, rather than from an external source. In most cases, tinnitus is characterized as a ringing sound inside the ears, although patients with this condition often report hearing several different sounds, including buzzing, grinding, hissing, whistling, and humming sounds. Some patients can hear sounds which are similar to music, whilst others report hearing noises that tend to beat in time with their pulse, which is known as pulsatile tinnitus. Patients with tinnitus may also notice some hearing loss and extra sensitivity to everyday sounds.

If you are suffering with tinnitus, then the first thing that you’ll want to know is whether it is a serious condition. Thankfully, tinnitus is rarely a sign of a very serious underlying condition, and the symptoms will tend to go away after a short time for many. However, tinnitus

can sometimes present itself as a continuous condition, which is when it can begin to have a significant impact on the patient’s everyday life. Severe cases of tinnitus can cause a lot of distress, have a huge impact on ability to focus and concentrate, and can lead to difficulty sleeping or depression.

When to See a Doctor:

If you are hearing continuous sounds in one or both ears that shouldn’t be there, then the best advice is to see your doctor as soon as possible. Your doctor will then be able to examine your ears to determine whether the problem is caused by an easily treatable condition such as an ear infection or perforated eardrum. They will also be able to carry out simple checks to detect any loss of hearing. 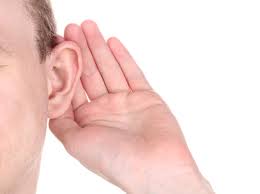 There is no known exact cause for tinnitus, however, the condition can develop either gradually over time, or come on suddenly. It often happens with some degree of hearing loss, although some patients with this condition do not report any damage to their hearing. Tinnitus is most often associated with age-related hearing loss, infections in the ear, inner ear damage caused by prolonged exposure to loud noises, build-up of earwax in the ear, or Meniere’s Disease, a condition which causes other symptoms such as vertigo and hearing loss. In some cases, there is no obvious reason for tinnitus to develop.

Do you think that you might be suffering with tinnitus? Contact us today to start your treatment with our NYC tinnitus experts.

← What Does Tinnitus Sound Like?
Tinnitus: Is There a Cure? →